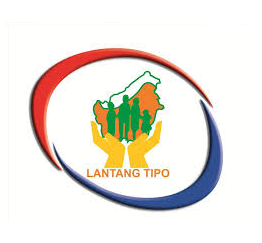 The establishment of the CU Lantang Tipo started from a joint shop formed by teachers who served in the Catholic School of Peace Parish (currently a Agency for Work). The joint store was deemed unable to meet the needs of the wider family, so they agreed to form a Credit Union. At the same time the Credit Union movement in West Kalimantan was introduced by a team from Jakarta, Robby Tulus, A.C. Lunandi, Suharto Nazir, Teodorus Trisna Ansarli and Sukartono.

The Credit Union introduction team was facilitated by the Pontianak Archdiocese Social Delegation (now the Archdiocese of Pontianak Archdiocese), chaired by P. Pius Camperlle OFM.Cap. The team held a Credit Union basic education course at Sanggau Parish on August 24-28, 1975. The course was attended by participants from several Parishes, including the Peace Center, Batang Tarang, Jemongko, Sanggau and Jangkang. Each parish sent five people as participants in the course. Five envoys from the Peace Center Parish, namely: Mr Bas Kasan, BA (+), Mr St. Atjin (+), Mr. D. Djiwa (+), Mr. F. Dael Pongkuk (+) and Sr. Aloysia. After attending basic education, they held a meeting with teachers at the Peace Center to continue the promotion and idea of ​​forming a Credit Union. Tit for tat, participants agreed to the idea of ​​establishing a Credit Union that began with the social gathering earlier.

On February 2, 1976, at the Damai Kampung Pusat Elementary School Subsidies, the founders totaling 32 people agreed to establish a Credit Union. Lantang Tipo was chosen as the name of the newly established CU. The name Lantang Tipo is taken from the local language, namely the Dayak Hibun and Pandu Dayak in the Parindu District area. loud means buds; will grow while tipo is the name of one of the region's typical forest plants. Tipo plants including grove of galangal plants, usually growing in clumps in the forest. The philosophy of the name Lantang Tipo is the spirit to grow together in harmony towards a better life. On that day the participants of the CU Lantang Tipo establishment meeting, guided by Father Ewald Beck, OFM.Cap, set the Management and Supervisor and a nominal value of one share of Rp. 250.00. Chosen as chairman of the CU Lantang Tipo first was Mr. Bass Kasan, BA (1976-1977, 1982-1987). The Damai Central Parish area is designated as the work area of ​​the Lantang Tipo CU Credit Cooperative.

Since then, the CU Lantang Tipo Credit Cooperative began operating, although with very limited management. It is still very difficult to invite the community to become members, so that the growth of both the number of members and assets is almost non-existent. The service office is still borrowing parish facilities by utilizing space in the parish hall. All management and activities of the institution are carried out jointly by the Management consisting of the credit committee and the education committee, with no special staff. Services are only carried out on Sundays from 10:00 to 15:00 WIB. However, the Annual Member Meeting (RAT) as the highest authority holder is always held on time at the end of each financial year. Management in turn, including the chairman of the Credit Union Credit Union Loud Tipo. Noted several people who had served as chairmen namely Mr. B. Pius Onomuo Et. (1979-1981, 1988-1993), Mr. Engelbertus Acang (1994-1999), Mr. Stephanus Godang (2000-2008 and 2010-2011) and Mr. Marselus Sunardi, S.Pd. (2009-2010). The legal entity Credit Cooperative CU Lantang Tipo has also been amended several times from number 954 / BH / X, dated February 10, 1981, renewed with legal entity number 90.a / BH / X /, September 11, 1995, and finally 1343 / BH / PAD / X, January 25, 2011.