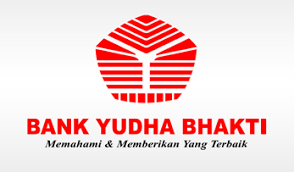 PT. Bank Yudha Bhakti (Bank) was established based on deed No. 68 dated 19 September 1989 from Notary Amrul Portomuan Pohan, SH in Jakarta and amended by deed No. 13 November 2, 1989 from the same Notary.

This deed of establishment was approved by the Minister of Justice of the Republic of Indonesia with Decree No. C2-10215.TH.01.01.Th.89 dated 7 November 1989. The Bank's Articles of Association have been amended several times, most recently by deed No. 147 dated June 30, 2003 from Notary Ny. Pudji Redjeki Irawati, SH regarding changes in members of the Board of Commissioners of the Bank.

In accordance with article 2 of the Bank's Articles of Association, the scope of bank activities includes conducting business in the field of banking services in the broadest sense of the word.

The ownership of shares in this bank is owned by the Parent Cooperative / PUSKOP within the TNI Headquarters and the Ministry of Defense. Business license as a commercial bank is granted by the Minister of Finance of the Republic of Indonesia with Decree No. 1344 / KMK.013 / 1989 December 9, 1989. The bank began commercial operations on January 9, 1990.