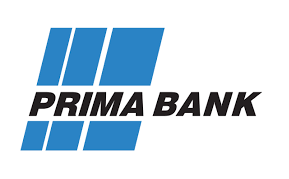 PT. Prima Master Bank (Prima Bank) is one of the national private commercial banks, headquartered in Surabaya.The initial establishment of a bank under the name PT. Inter Asia Pacific Bank on November 1, 1989, was approved by the Minister of Justice of the Republic of Indonesia as of July 31, 1990 and announced in State Gazette No.100 on December 14, 1990.

The bank has been operating for approximately 20 years with the support of around 300 employees and 24 bank offices including cash offices, which have been connected online, spread in Surabaya, Sidoarjo, Malang, Gresik, Jakarta, Jatinegara, Jember, Denpasar, Semarang, Bekasi, Tangerang, Depok and Mataram. The office network is planned to be added in the following years.