Early focus business PT Finnet Indonesia is the provision of IT infrastructure, applications and content to serve needs of information systems and financial transactions for the banking industry and other financial services, in 2006 was a milestone in its business activities started PT. Finnet Indonesia operationally. in collaboration with several partnerships with the BNI for organizing TelkomVision Online payment with Host to Host system. Cooperation with Decillion for Swift Service Beraeu services, Finnet as a local partner remittance services to other countries using swiftnetwork. cooperation with the University of Indonesia to the service in order to register the PIN Generator Students. Entering the year 2007, PT. Finnet Indonesia began to form product portfolio and further expand the cooperation of several partners and utilize the synergies of cooperation Telkom Group. So that in 2008 PT. Finnet Indonesia has successfully developed the expansion of services in the field of various financial transactions in accordance with the progress of technology, the purpose of making payment transactions Finnet able to bring the product in order to create an integrated payment system, with the aim to facilitate the public in a variety of electronic payment transactions, which has a coverage, safe and simple. 2014 PT . Finnet Indonesia have 3 portfolio of businesses which is Bill Payment Aggregator ), Electronic Payment Platform and online payment solutions. 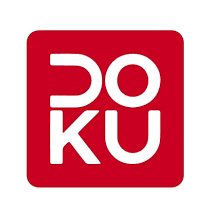